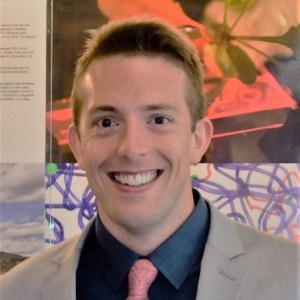 Ben is a former PhD student, now Post Doc in the Stephanopoulos lab. He is originally from the UK, but has been living in the US since 2001. He went to Penn State for his undergraduate, where he graduated from the Honors College with a major in Chemical Engineering, and minors in Chemistry and Biochemistry & Molecular Biology. While at Penn State, Ben conducted undergraduate research on a DARPA-funded project to engineer mushrooms for heterologous protein production for vaccine applications, wining the AIChE National Student Paper Competition in 2010. At MIT, Ben has been heavily involved with the MIT Cycling Team, acting as President in 2015-2016, and the MIT Triathlon Team, as VP the same year. He is also a Fellow of the MIT Chemical Engineering Communication Lab. In this capacity, he works with students and post-docs across the department to aid them in improving their scientific communication. Outside the lab, Ben enjoys competitive cycling, triathlon, and tennis, as well as a new-found interest in gardening.

Ben’s primary research interest focuses on alternative non-sugar feedstocks for the production of biofuels and biochemicals, specifically C1 compounds methanol and synthesis gas (CO). In support of this, his secondary interest is the development of novel non-genetic approaches to facilitate the rapid identification of bottlenecks in engineered pathways.

His primary project in his PhD was to improve the synthetic biology tools available for the acetogen Clostridium ljungdahlii in the context of producing 3-hydroxybutyric acid (3HB) from synthesis gas. Here, he developed and characterized a CRISRPi approach for modulating gene expression in C. ljungdahlii, and using this to downregulate competing pathway genes improved both the titer and yield of 3HB.

His secondary project focused on engineering E. coli, the workhorse of the metabolic engineering field, to consume methanol as a substrate. Using a systematic combination of kinetic-thermodynamic modeling, chemical inhibitors, deuterium kinetic isotope effects, and 13C metabolite profiling, he identified the key bottlenecks in methanol assimilation and devised effective strategies to overcome them and improve the rate of methanol incorporation into central carbon metabolism.