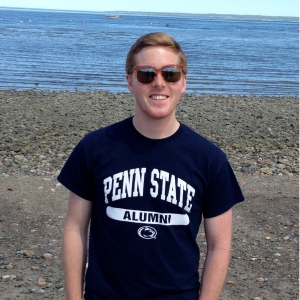 David grew up in Hummelstown, PA and attended Penn State University for a Bachelor’s Degree in Chemical Engineering and a Minor Bioengineering. While there, he worked on two separate undergraduate research projects: 1) developing chemistry lab modules to teach the importance of biology under Dr. Dykstra, and 2) optimal design of synthetic operons under Professor Salis. David continued his education at MIT, where he received a Masters of Chemical Engineering Practice while working on my Ph.D. research. His hobbies include soccer (captain of the ChemE IM soccer team for 5 years), hiking/backpacking, and snowboarding.

Carbon dioxide has a large impact on climate change, and a variety of research areas are trying to capture it. Research conducted by David focuses on acetogens and autotrophic growth; these organisms can efficiently fix CO2 in the form of acetic acid and ethanol. Yet this organisms suffer from poor growth rates and product yields (compared to sugars) due to the inherent thermodynamics. His hope is to improve growth rates and products yields by utilizing cheap co-substrates.